In order to begin construction on a new AEP substation in Sinton, Texas, DynaGrid needed to gain temporary site access to the 15-acre job site. However, shallow-buried high-pressure pipelines prevented them from accessing the project site.

Construction could not proceed because equipment and trucks could not pass directly over the high-pressure lines. Damaging the pipelines would create a significant safety hazard along with significant costs related to project delays, mitigating the environmental damage, and repairing the damaged pipeline.

DynaGrid had two options: delay the project until Southcross Energy could rebury the pipes or create an “air bridge” over the lines. By creating an air bridge, a clear span is created above ground to prevent damage to the underground pipeline as vehicles pass over it. DynaGrid turned to Sterling and the engineered TerraCross™ bridge to get the project moving forward. TerraCross is a bridging solution that uses structural steel beams and TerraLam® CLT mats to span up to 35 feet while supporting up to 100-tons.

The Sterling team based out of Lufkin, Texas, was mobilized to install the TerraCross bridges on site. Because of the heavy truck volume required to complete the work on site, two TerraCross bridges were installed, one for inbound and one for outbound traffic.

One of the critical design features of the TerraCross is the ease of installation. This was seen in action as both TerraCross bridges were quickly moved into place with standard matting equipment and set up in a few short hours. With the TerraCross bridges in place, DynaGrid was able to begin excavation of the site and remove 80,000 cubic yards of dirt. Over 100 trucks passed over the bridges daily without incident for the duration of the project.

After inspecting the bridges, the Southcross team was impressed by the design of the Terracross bridges, and now it is a recommenced BMP for their pipeline crossings moving forward. Having the right tools for the job is critical to the success of the project. Because of the need for an engineered product to ensure the safety of the jobsite, equipment, and workers, TerraCross was the right tool for this site access plan. 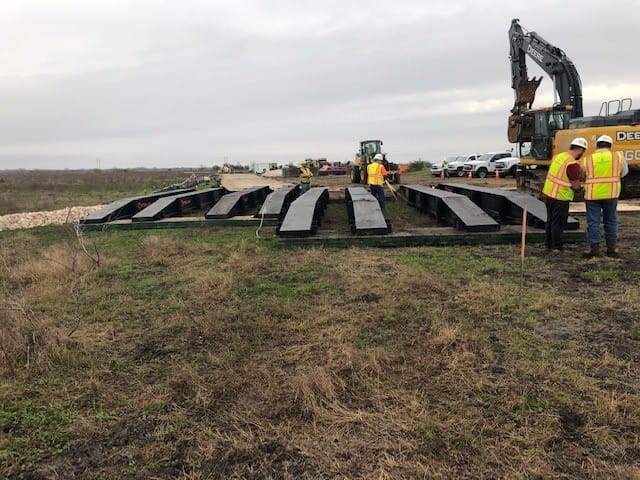 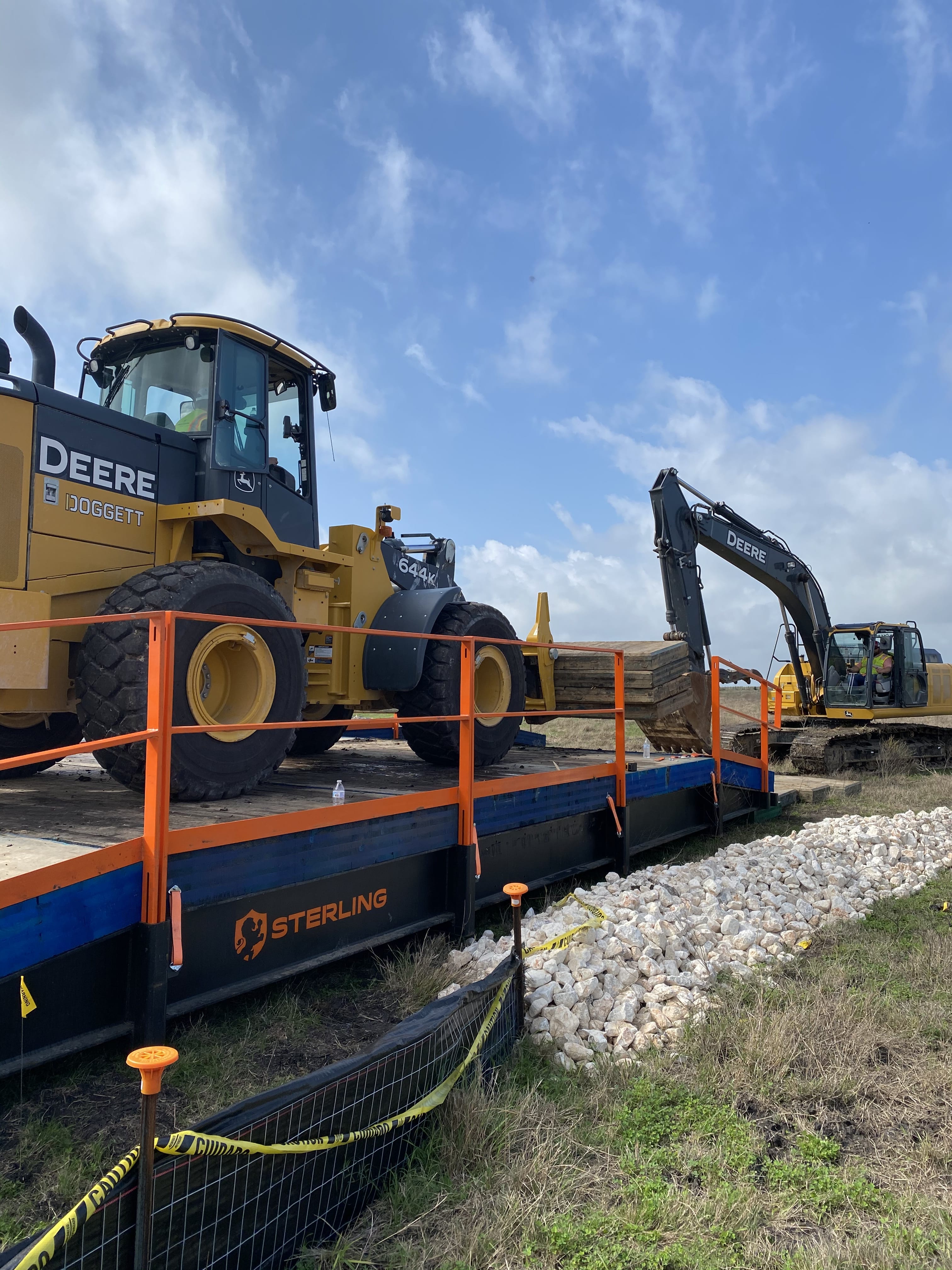 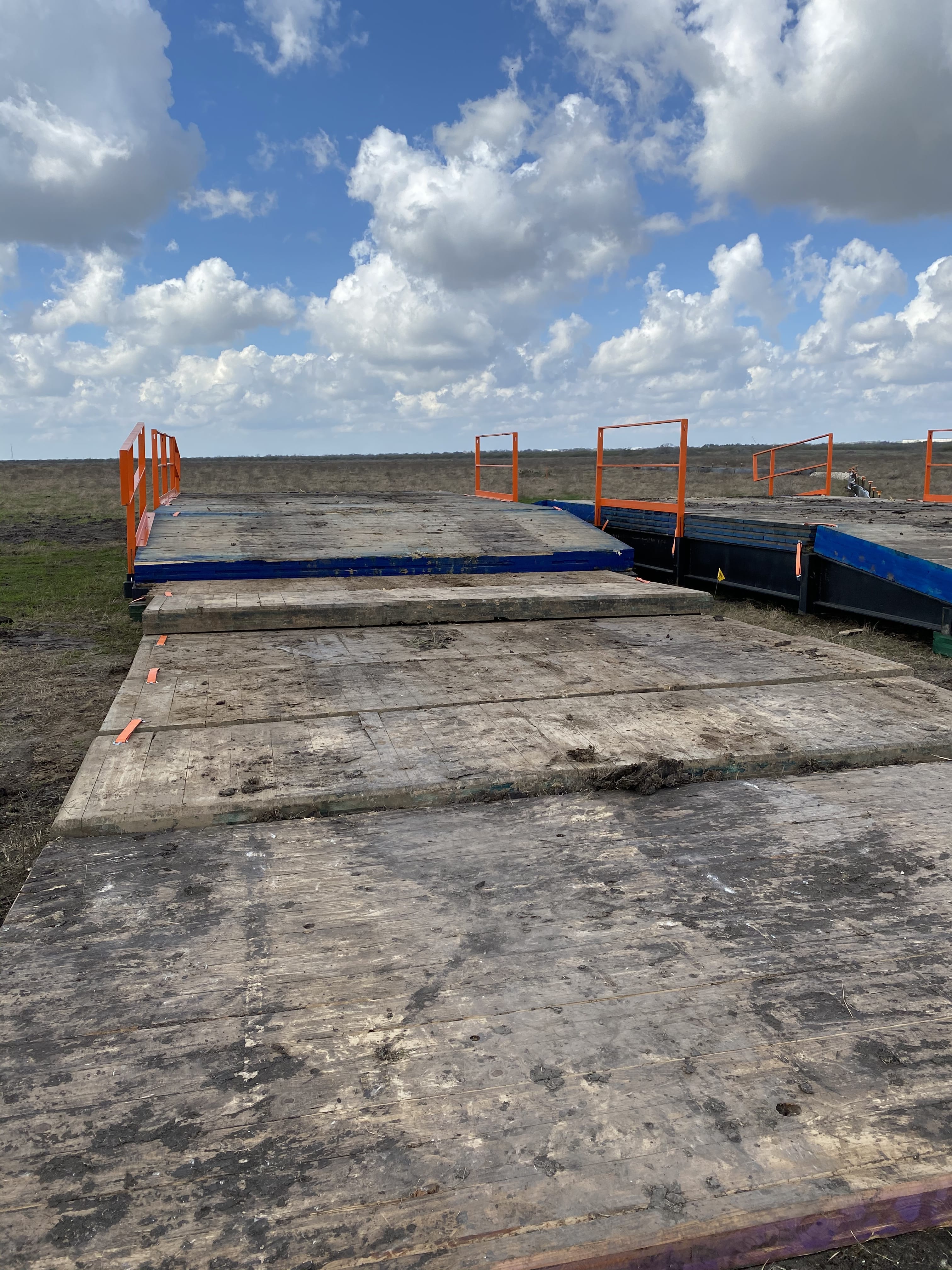 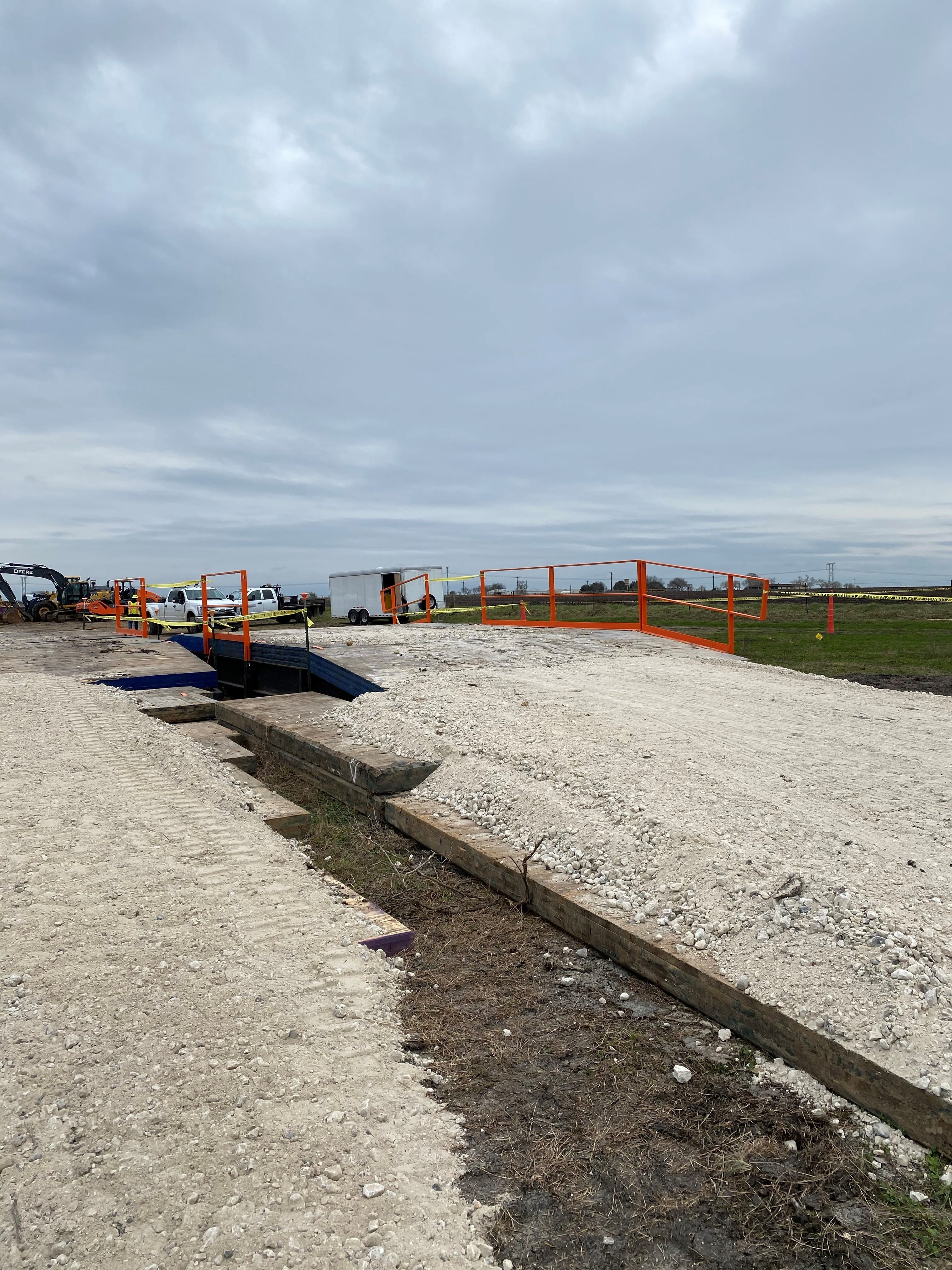